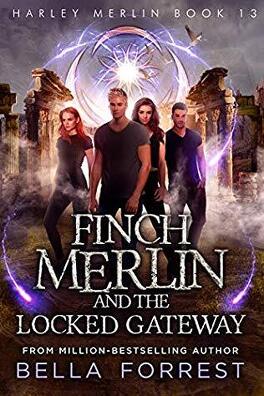 Few have found this fabled city.

One final ingredient. With a mapped location and vials of Sanguine blood, Finch needs one last component to unlock the gateway to the lost city.

If only that didn't mean returning to the place he despises most - Eris Island.

After learning his chances of escaping servitude are next to nil, Finch vows to find another out. And his only shot means chasing after his greatest enemy. Plus, a certain Goddess of Light won't stop sticking her nose into his business...

Ryann realizes that Erebus sees her as collateral for coercing Finch - but, oh, how he underestimates her. She's helped Finch before, and she'll do everything in her human power to make sure he survives this mission. At the same time, she can't continue keeping secrets from Adam. He's the perfect boyfriend, but Finch... he's the one who makes her feel most alive.