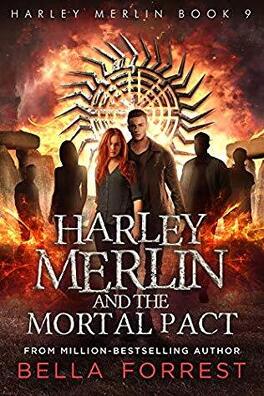 Without magic, Harley knows the odds of defeating Katherine are stacked against them. Yet a sliver of hope survives in the pages of her parents' Grimoire. The final, mind-boggling spell entails making a deal with a Child of Chaos. But what must be offered in return?

Finch wants to be the one who ends Katherine. Mother Dearest brought him into the world, and he wants to take her out. He will give anything for that chance - even his life.

Meanwhile, Katherine needs Harley's body, or her carefully crafted facade will crumble. And she can't let that happen, not when she's so close to becoming a goddess walking the Earth.

Unbeknownst to them all, Chaos still has surprises in store - ones that not even Eris herself could predict - in a showdown of epic proportions.