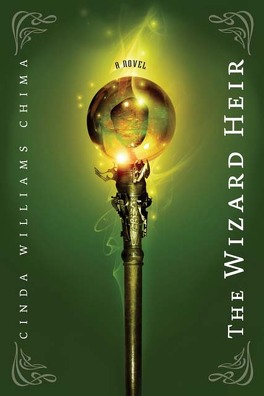 Sixteen year old wizard Seph McCauley has spent the past 3 years bouncing from one exclusive private school to another. Orphaned as a baby, Seph was raised by Genevieve LeClerc, the sorcerer owner of a Toronto bed and breakfast. LeClerc tried to protect Seph from the treacherous world of wizardry by keeping him away from others of his kind.

But now LeClerc is dead, leaving Seph on his own and without the training he needs to control his growing power. He prowls the illegal clubs of Toronto’s warehouse district, plagued by magical accidents that are increasing in frequency and severity. Worse, he’s beginning to realize that the stories he’s been told about his parents’ life and death are fabrications—that the people he most trusted have been lying to him.

After causing a tragic fire at an after-hours party, Seph is sent to the Havens, a secluded boys’ school on the coast of Maine. At first, it seems like the answer to his prayers. Gregory Leicester, the headmaster, promises to train Seph in magic and enroll him in the mysterious order of wizards known as the Alumni. But the dream quickly turns into a nightmare as Seph learns there is a price to be paid for knowledge.

Everyone around him is keeping secrets: Jason Haley, a fellow student who’s been told to stay away from Seph; the enchanter Linda Downey, who knew his parents; the rogue wizard Leander Hastings, and the warriors Jack Swift and Ellen Stephenson. Seph finds himself at the center of a war that he may not survive.