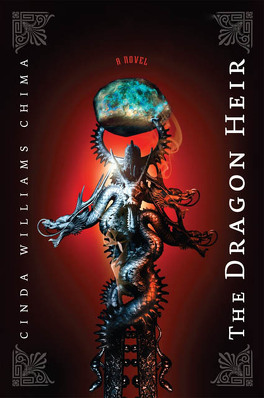 For centuries, wizards have avoided making war on each other for fear of waking the legendary dragon that sleeps at Raven’s Ghyll. But it is a new age. The patriarch Nicodemus Snowbeard is rapidly failing. The Wizard Houses of the Red and White Rose have united against Claude D’Orsay, Master of Games and keeper of the Dragonhold. D’Orsay and his sadistic son Devereaux seem poised to seize control of all of the magical guilds. But everything changes during a raid on the Ghyll, when the magical stone called the Dragonheart is stolen. It is rumored to be both a deadly weapon and the source of power for all the magical guilds.

In Britain and in Trinity, Jason Haley battles his own demons as he seeks revenge against those who murdered his father. Seph McCauley assumes more and more responsibility as he struggles to keep the Roses at bay. The warriors Jack Swift and Ellen Stephenson train for a battle that they hope never comes, while their Anaweir friends Will and Fitch contribute their technical knowledge to the defense of the Sanctuary.

Over Seph’s objections, the moody and mysterious Madison Moss has gone home to the hills she loves and hates. She sees in the coming battle the destruction of everything she cares about. But it is becoming increasingly clear that Madison may hold the key to the survival of the Sanctuary at Trinity, if the Weirguilds can win her support before she’s found and taken by the other side