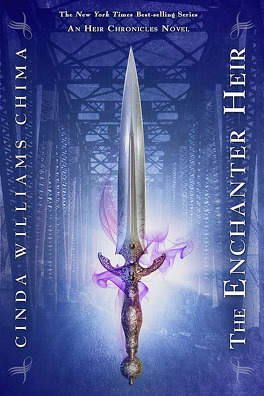 They called it the Thorn Hill Massacre—the brutal attack on a once-thriving Weir community. Though Jonah Kinlock lived through it, he did not emerge unscathed: like the other survivors, Jonah possesses unique magical gifts that set him apart from members of the mainline guilds. At seventeen, Jonah has become the deadliest assassin in Nightshade, a global network that hunts the undead. He is being groomed to succeed Gabriel Mandrake, the sorcerer, philanthropist, and ruthless music promoter who established the Thorn Hill Foundation, the public face of Nightshade. More and more, Jonah’s at odds with Gabriel’s tactics and choice of targets. Desperate to help his dying brother Kenzie, Jonah opens doors that Gabriel prefers to keep closed.

Emma Claire Greenwood grew up worlds away, raised by a grandfather who taught her music rather than magic. An unschooled wild child, she runs the streets until the night she finds her grandfather dying, gripping a note warning Emma that she might be in danger. The clue he leaves behind leads Emma into Jonah’s life—and a shared legacy of secrets and lingering questions.

Was Thorn Hill really a peaceful commune? Or was it, as the Wizard Guild claims, a hotbed of underguild terrorists? The Wizards’ suspicions grow when members of the mainline guilds start turning up dead. They blame Madison Moss and the Interguild Council, threatening the fragile peace brokered at Trinity.

Racing against time, Jonah and Emma work to uncover the truth about Thorn Hill, amid growing suspicion that whoever planned the Thorn Hill Massacre might strike again.