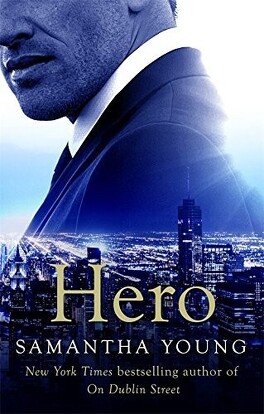 Alexa Holland’s father was her hero—until her shocking discovery that she and her mother weren’t his only family. Ever since, Alexa has worked to turn her life in a different direction and forge her own identity outside of his terrible secrets,. But when she meets a man who’s as damaged by her father’s mistakes as she is, Alexa must help him.

Caine Carraway wants nothing to do with Alexa’s efforts at redemption, but it’s not so easy to push her away. Determined to make her hate him, he brings her to the edge of her patience and waits for her to walk away. But his actions only draw them together and, despite the odds, they begin an intense and explosive affair.

Only Caine knows he can never be the white knight that Alexa has always longed for. And when they’re on the precipice of danger, he finds he’ll do anything to protect either one of them from being hurt again…

This couldn’t be happening.

I curled my hands into fists to stop them from shaking as I made my way through the hallway into the open-plan living area of the penthouse apartment. It had high cathedral ceilings and a wall of windows that led out onto a huge balcony. The water from the harbor glistened under the sun. It was a beautiful building with a gorgeous backdrop and I could not appreciate any of it because I was too focused on finding him there.

My heart stopped at the sight of him standing outside on the balcony.

My head snapped around from Caine’s direction to the kitchen area where my boss, Benito, was surrounded by two laptops and various other equipment for the photo shoot. This was supposed to be the moment I smiled in greeting and told him to direct me where he needed me.

Instead I looked back at Caine.

The orange juice I had drunk that morning sloshed around unpleasantly in my stomach.

Benito was suddenly in front of me, frowning and glaring at me.

Benito cocked his head to the side, looking up at me in a way that was almost comical. I was tall at five nine. He was only five six. But what he lacked in height he more than made up for in personality. “Please”—he gave me a long-suffering sigh—“tell me I’ve got my normal Alexa back. I cannot cope with the Mother’s Day–disaster Alexa. Today I’m shooting Caine Carraway for Mogul magazine’s Top Self-Made Men Under Forty. Caine is to grace the cover.” He shot a look over his shoulder at said cover model. “An obvious choice.” He raised an eyebrow at me. “Today’s an important shoot. In case you don’t know, Caine Carraway is one of Boston’s most eligible bachelors. He’s the CEO of Carraway—”

“Good. You’ll also know he’s horrifically wealthy and incredibly influential. He’s also a very busy man and a hard man to please, so I have to get this shoot done right and done quickly.”

My attention drifted over Benito’s head to the man who had successfully started a private bank immediately after graduating from college. From there he eventually expanded his company, building a diversified business portfolio involving everything from corporate banking to home mortgages, insurance companies, investment trusts, securities trading, asset management, and so forth. Now Caine himself was CEO of a major holdings company that was home to a board of directors of influential and wealthy businesspeople.

According to reports, Caine had managed all this through ruthless determination, eagle-eyed attention to his organization, and power-hungry ambition.

At the moment Caine was busy talking on his phone to someone as Marie, a beauty assistant, smoothed the lines of his tailored suit. The designer navy suit fit his body to perfection. Caine was tall, at least two, if not three, inches over six feet, broad-shouldered, and visibly fit. He had a strong profile, with sharp cheekbones and an aquiline nose, and the hair he was now impatiently batting Marie’s hand away from was thick and as dark as my own. Although it was pinched tight right now, I knew from photographs that he had a sensual, brooding mouth.

And definitely not a man you crossed.