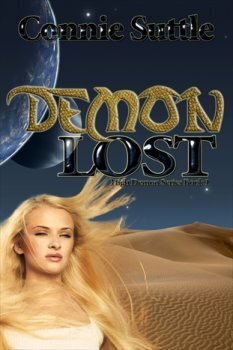 "Reah, this is Commander Aris." Bel moved aside once we were inside the spacious office, and I received my first look at the outpost Commander. He stared at me for moments as I stood before him. I was so frightened, I was afraid I'd burst into tears. Aris was a lion of a man with thick, shoulder-length dark-gold hair, swept back from his forehead. He didn't stand as his rank dictated, otherwise I think he would have dwarfed Bel, whom I thought was quite tall. The Commander's shoulders were broader, too and I imagined that he'd gained his rank by working for it.

"Reah, how did those two miscreants bring you here when you were underage?" Commander Aris asked me after moments of silence. He sounded as if he'd just gotten his voice back.

"They found me and told me I should come with them," I hung my head. I nearly jumped when I imagined that I heard a voice inside my head. I'm sure it was my fear—giving me hallucinations when there was nothing there. , the voice said. I drew a shaky breath and managed to put it out of my mind. The voice didn't come again.

The High Demon race is dying, and nothing short of a miracle will save it. Kifirin has promised to provide that miracle, in any way he can.

Reah has worked in the kitchens of her family's restaurants since the age of eight. The only daughter among Addah Desh's 27 children from eight wives, Reah has been ignored, belittled and abused all her life. When the conscription notice comes from the Regular Alliance Army, Reah is more than happy to report for duty in order to escape her family. Unfortunately, her liberation is short-lived….