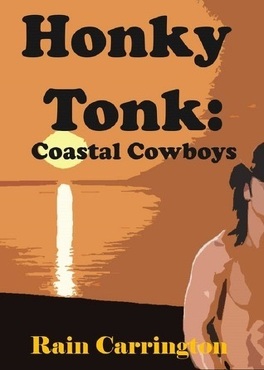 In this sequel to Honky Tonk Ethan and Hunter are in New York to see Ethan's parents who had thrown him out at 15 because of his promiscuous behavior. They like Hunter and are overjoyed when Hunter asks them for Ethan's hand in marriage but old habits die hard and Ethan comes away from his home feeling low like when he had first been told to leave. Things get worse at his old hang outs and soon all of the things Ethan had done to make himself feel like a good man are forgotten as he lets old feelings come back making him question himself and the love Hunter feels for him.

Cane is living in LA and longs for a Dom who can give him the love and strong hand he craves but instead meets Seth, a hit man in a mafia family who gives him so much more. When Hunter and Ethan go to LA to hide from Fergi they all learn that no one is what they seem and love runs deeper than pain.