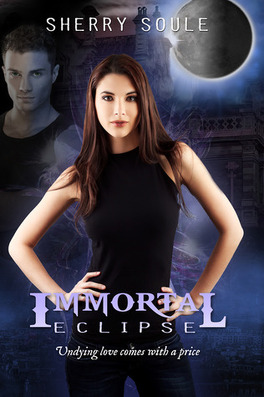 When her uncle is brutally murdered, and the cops seem uninterested in following up the case, Skylar journeys to California to seek answers. Her search for clues is soon overshadowed by haunting nightmares of a young woman also murdered in the house. And to her horror—the enigmatic stranger looks exactly like her.

Now the inhabitants of Summerwind are mysteriously dying, leaving no evidence as to how or why, and Skylar finds herself in a deadly race against time to discover exactly who this look alike is—before the killer strikes again.

Armed with only wit and Pradas, Skylar begins questioning the servants, but the growing list of suspects include the sexy and brooding caretaker, Dorian, a man desperately trying to forget his tragic past. And a major distraction for Skylar.

Determined to play detective—instead of the fashion police—and unravel the dark history of the mansion, Skylar is plunged into an otherworldly mystery that not even she can explain away. As the boundaries between reality and dreams blur, Skylar’s greatest challenge is to stay alive long enough to learn the truth.