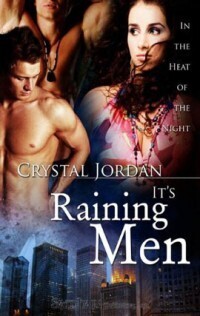 She loves them too much to change them. Until they turn the tables on her...

Every one of Candy’s werewolf instincts tells her that Michael is her mate. He’s a lawyer — smart, sophisticated, and handsome. The catch ? He’s gay. There is no way she’s going to try to change who he is. Then she meets his lover Stephen, a seductive Fae-siren jazz singer, and she’s positive she’s got a screw loose somewhere. Mates with not one, but two gay men ?

Michael and Stephen know that their unexpectedly flirtatious advances have thrown Candy for a loop. But there’s method to their madness — they’re both serious about her. And they plan to make sure she never spends another birthday alone.