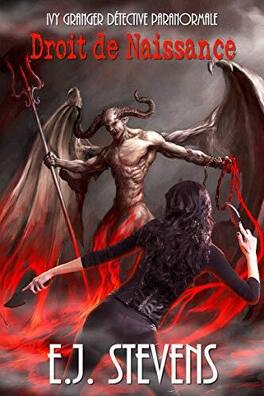 I grimaced at the noodles currently taunting me with their salty broth and rubbery texture, and pushed the steaming bowl away with gloved hands. My stomach growled, but I ignored its rumbling and grabbed a mug of coffee instead.

“Girl, if you keep drinking that sludge without any food in your stomach, you’re just asking for total coffee rot gut,” Jinx said, leaning a hip against the counter and pointing a red lacquered fingernail my way. “Eat your dinner.”

Jinx wasn’t my mother, but sometimes she acted like it. Normally, I put up with her bossiness without too much grumbling. Well, maybe some grumbling, but when it came to eating, I usually did what she said. Jinx was my best friend, which was why we were roommates and business partners.

Until recently, Jinx was also the only person in my life who cared if I lived or breathed—or so I’d thought. So when she fussed over me, I secretly felt all warm and fuzzy inside. I wasn’t a touchy feely person, being saddled with the curse of psychometry made sure of that. Over time, objects, including people, collect psychic residue and all of those strong emotions—mostly traumatic—sit there just waiting for someone like me to reach out and make contact.

So normally, that meant I ate what Jinx put in front of me, no questions asked. Not today. If I had to eat one more bowl of ramen or plate of Mac n’ cheese, I’d puke.

“I’d rather wrestle with a smelly, pulsating jincan queen,” I muttered.

“Well, you won’t be wrestling with the fae anytime soon,” she said. “Not with you being dead and all.”

I sighed, and glared the bowl of ramen noodle, but ignoring Jinx didn’t make what she said any less true. As far as the fae were concerned, I was dead.