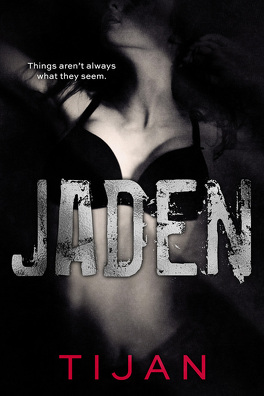 Being framed for murder sucks. Being framed for the murder of your old friend-turned-enemy-turned-maybe-friend-again sucks even worse. The old Sheldon would’ve raised hell, but no, I’ve been nice. I’ve been quiet. I’ve not said a word while the headlines rip me to shreds, but now? All bets are off. I’m going to find out who did this to me and I’m going to make them pay. I don’t care who will get hurt in the process.

They were talking to each other, but watching me. I pointed to my chest. “Yeah. Right here. Address all statements with the appropriate pronoun, me, not her. Wait. You, not her. Right here. Stating it again. No insinuations here.”

We had stepped inside, and Denton shut the door. Overhearing our conversation, he piped in, sliding his hands into his pockets, “Oh, we all know.” He glanced at Bryce. “I heard Sheldon’s in the house? Is that true?”

Bryce’s grin grew. “I heard that, too. You think she’s around? Corrigan?”

“Nah.” Corrigan clipped his head to the side. “I don’t think she’s here. I think the mob came after her instead of her dad. She’s gone. That ship has sailed.”

“You guys are annoying.”

Bryce ignored me. “You’re right. We should make up now, for real. No reason for this distance.”

Bryce stepped forward, and the two hugged each other, their arms patting each other on the backs.

“Yep. Annoying. That’s what all three of you are being.”

“Wait.” Bryce lifted his head. He turned to Denton. “We’re not including Denton. Come here. He’s the big star. He’s an A-list movie actor. That’s what Oprah told me. I watched her Master’s Class last night.”

Corrigan tugged him over. “You’re right. How selfish of us. Come here. You’re so handsome, Denton. You make my lady parts throb.”

“Oh my god.” Denton was shaking his head, but he hugged both of them back. “I forgot how the three of you could be.” He glanced at me. “Sheldon—”

I flicked him off, then held my hand up and waved my middle finger at all of them. “Screw you, guys.”

I didn’t move and continued to glare at them. My middle finger was still in front of me. I wanted that gesture showcased and dipped in bronze.

Corrigan waved my hand away and grabbed my wrist. He tugged me in. Bryce and Denton both moved and all three of them tugged me so I was in the middle of the love fest.

This was just wonderful.

I stood there, rigid, as the three of them moved closer.

“Oh, Sheldon. You’re the glue in our friendship lockets.”

His head rested on my left shoulder.

Bryce’s head went to my right shoulder. “She’s the stick in our kebab.”

Corrigan barked out a laugh. “That was good, Bryce.”

“Thanks. I’ve been working on being funnier.”

“You guys,” I growled in warning.

Denton added, squeezing closer and his forehead rested on the back of my skull. “My turn.”

“Sheldon, you’re the hotdog in our bun.”

“That’s a good one,” Corrigan murmured in my ear.

“Without you, it’s just bread.”

“Pure carbs. No enjoyment.” Corrigan was laughing in my ear.

“We’d all get fat then.” I could feel Denton’s silent laughter, as he pressed closer into the back of me. “Denton and I can’t. Our careers depend on our lean beautifulness.”

“Oh my god.” I’d had enough. I tried to break away from them, but all three tightened their hold on me so I ducked down and crawled out through their feet. “You guys are too annoying now.”

Corrigan started for me. “Come on, Sheldon. We’re having fun.”