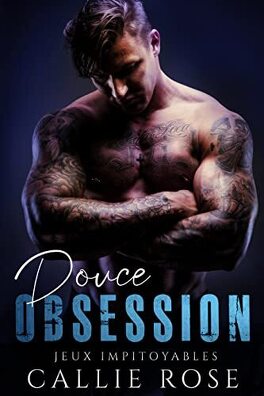 I unclip the seatbelt a half-second before he hauls me out. Then he kicks the door shut and pushes me up against the side of the car, pinning me with his large body.

His cock grinds against my stomach when he shoves a leg between my thighs, as hard and overwhelming as everything else about him. Then his hands plunge into my hair, angling my head as his lips crash against mine.

Marcus’s kiss is fierce and demanding, and my body responds like a star exploding, adrenaline and arousal pulsing through me.

My hand clutches at his back, fingernails raking over the soft fabric of his sweater.

He’s rocking his hips against mine, and I’m panting into his mouth with every stroke of his tongue, wild desire eclipsing every rational thought I’ve ever had.

When he breaks away from my lips to bite and suck at the curve of my jaw, trailing his hungry mouth down my neck, I tilt my head back, trying to suck a full breath into my overworked lungs.

Both Theo and Ryland have gotten out of the car too.

And both of their gazes are trained on us.

Heat burns bright in Theo’s eyes, and Ryland’s nostrils flare as his jaw clenches. My entire body shivers with awareness under their scrutiny, and I can’t seem to look away.

Marcus’s mouth is devouring the skin of my neck and shoulder. He doesn’t seem to notice or care that his two friends are watching him practically fuck me up against his car. His hand slips beneath my shirt, shoving the fabric up as his greedy fingers skate over my skin, grabbing my breast through my bra and squeezing it roughly, pinching my nipple.

A shock of pain and pleasure shoots through me, and a flood of wetness soaks my panties.

A strangled noise pours from my throat, and that sound breaks the stasis holding me. Wedging my hand between us, I shove against Marcus’s chest, trying to stop this runaway train before he literally does fuck me against the car.

For a second, he doesn’t budge. Doesn’t stop.

His lips are wrapped around the junction of my neck and my shoulder, and he’s sucking hard enough to leave a bruise. The feel of it draws another low noise from me, and that, finally, seems to penetrate the singular focus that drives him.

He wrenches his head away from my neck, pulling back slightly. His blue and brown eyes are glazed, his lips slightly parted.

He glances over at his two friends, who stand just a few feet away, and I see him realize they’ve been watching us. I see him take in the expressions on their faces.

For a moment… he hesitates.

A new kind of tension saturates the air, and time itself seems to pause as he meets his friends’ eyes.

Then Ryland presses his lips together and turns away.

Theo’s gaze lingers for a second longer, moving over my body like liquid fire. But then he turns away too.

I barely have time to process the flicker of disappointment that flutters through my belly before Marcus turns his attention back to me. His hands skate over my ass and down my thighs, parting my legs to wrap them around his waist as he heaves me into his arms.