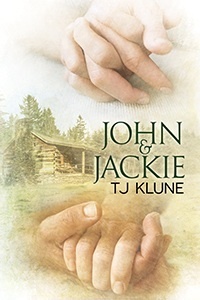 John and Jackie first laid eyes on each other when they were twelve years old. Now, seventy-one years later, Jack prepares to give his beloved husband the ultimate gift. Before he does, they'll relive five key moments from their younger lives together over the course of a single afternoon. From their first meeting and first kiss to the violence of an abusive father and the heartache of growing up, these moments have defined who they have become. As sunset approaches, John will show the depths of his love for the one man who has made him whole: his Jackie. They'll soon learn there is no force more powerful than their devotion to one another.

1st Edition published by TJ Klune with The Crack Crew, May 2013.