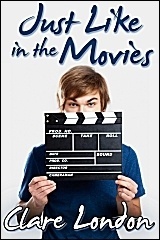 All Bailey wants is to be a good negotiator, and to impress his boss and teacher, the legendary Drew Fletcher. He admires Fletcher for his skills in the field, but that doesn’t stop him admiring the man for other, more romantic reasons as well. In a tense hostage situation, it’s pretty unlikely Bailey’s usual, rash behaviour will cover him in glory, but in his dreams, it’s all going to happen just like in the movies.

When he finally acts to protect his boss, it doesn’t go the way he hopes -- or does it? Will Bailey get to play the hero and get the guy of his dreams?