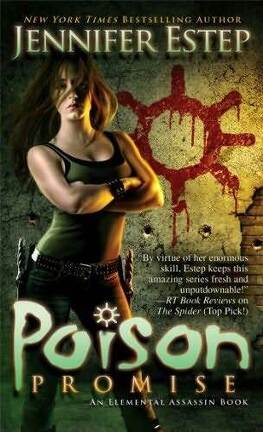 Pop quiz. Which do you think is deadlier : Burn, the nastiest drug ever to hit the mean streets of Ashland, or me, Gin Blanco, the assassin known as the Spider ? Answer : Me — because I don’t kill you slowly.

Normally, drug dealers aren’t my department. But I’m turning up the heat on some relentless Burn-pushing thugs who won’t leave my friends alone. Pushers who have my cop sister beside herself with rage, so I’m stepping up to keep her from doing something stupid and getting herself killed. Once I’m in, I’m in, and these folks have picked their poison : the Spider’s venom. But even bad guys have their good days, and sometimes even my Ice and Stone magic isn’t enough. For behind the drug is a vicious vampire with a scientific eye for results. And behind him... trouble like I haven’t seen since I took down my legendary nemesis, Mab Monroe.

“You have reached the always awesome, ever charming, and obscenely handsome Finnegan Lane,” he chirped in my ear. “How may I be of service to you today?”