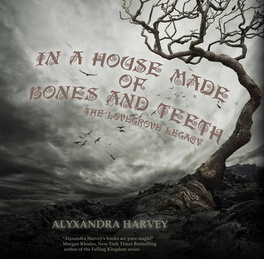 The novella conclusion to the Lovegrove Legacy!

London is under attack.

Can Emma, Gretchen, Penelope find their way back to each other in order to defeat the Seven Sisters once and for all?

Bad cheese was blamed for several hallucinations, too much wine for the rest.

The Order learned fewer lessons than might have been hoped for.

They did, at least, restrain Lucius with proper magical bindings and relocate him to Percival House along with Sophie. Gargoyles circled their rooms, night and day.

But only because she also turned into a wolf in the privacy of her own home. Some secrets, as she'd told Tobias, were worth the curtsies and embroidery.

When she was twelve, their daughter Bree ran away in a fit of pique. She went to her aunt Moira, who lived on the rooftop of the best sweetshop in the Goblin Market. Bree returned home straightaway when she realized just how high up a rooftop could be.

Daphne became headmistress of the Rowanstone Academy for Young Ladies. Society thought it a very charitable, helpful gesture. Gretchen broke in on a regular basis just so they could test each other's reflexes.

The portal never fully closed ans so Emma and Cormac moved into Greymalkin House to guard it. The house got used to them. It almost got used to the twins, too, until the incident with the ferrets. Cedric was called in to help, while Penelope snuck the children books of questionable poetry from her shop.

The house, meanwhile, became a home.