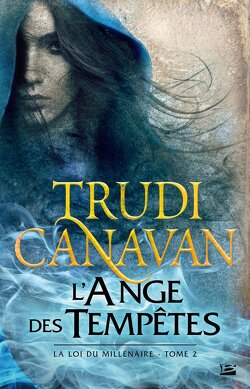 Tyen has been teaching mechanical magic at Liftre, a school respected throughout the worlds. Then news arrives that the Raen, the most powerful sorcerer and ruler of all worlds, has returned after a long absense. Believing him dead, the school has been teaching magic he forbade, and as teachers and students flee Tyen is left with no home and no purpose… but the promise to give Vella a living body.

As rebels gather and the Raen reestablishes control, Tyen must decide what he is willing to do to fulfil that promise.

After five years among the Schpetan tapestry weavers, Rielle’s peaceful new life has been shattered by a local war. As defeat and occupation loom, all are amazed when the enemy packs up and in its place three figures approach the city gates, one with black hair that reflects blue. But her past and magical ability aren’t the only revelations about the foreign girl this man could reveal.

The Angel is returning to his realm, and he wants to take her with him.