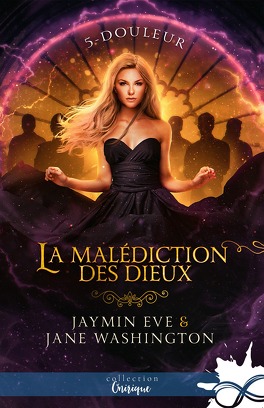 “It’s ready.” Coen’s breath brushed over the back of my neck, startling me up from my crouched position behind one of Pica’s meticulously maintained hedges. “What?” I squeaked, quickly taking a seat and folding my legs as I fanned my robe out casually around me. “What’s ready?” “Our house,” he replied, a brief smile hooking his mouth. “Are you seriously going to pretend you weren’t just spying on Dweller-Emmy and Neutral?” Damn straight. “I don’t know what you’re talking about, One.” He crouched down before me, one of his hands against the ground to my left, the other landing on my thigh as his eyes levelled with mine. The bright green of his irises seemed to morph into an emerald shade with the reflection of so many colourful plants around us. “What were they doing?” he asked casually, his face giving away none of the emotion that I was sure he was feeling: namely amusement at my expense. “Fighting.” I gave up trying to hide the fact that I had, indeed, been spying on my sister. Again. She and Cyrus fascinated me. “He’s been trying to ‘teach’ her how to be a goddess. I think she gets a little more wild with every single attempt he makes to tame her.” Coen chuckled, his lips pressing against mine suddenly. He pulled back too quickly, his eyes darkening as he gave me a narrow look. “That doesn’t surprise me at all,” he said darkly, squeezing my leg before switching his other hand to my other thigh and pulling me up easily from the ground. I quickly wound my arms around his neck to keep from falling backwards. We both turned to look over the hedge as he straightened to his full height. Emmy and Cyrus were only partially shielded by one of Pica’s gardens, their voices inaudible as they spoke lowly to each other. Coen shifted me closer, encouraging my legs to lock around his waist as he switched one of his arms below my butt to support me, the other wrapping around my back. I relaxed my hold, melting into him and laying my head against his as we watched. Emmy had just shoved Cyrus, who threw his hands into the air before grabbing her face and kissing her. After half a click, she shoved him again, shaking her head. When they turned away from each other, they were both smiling, though they were careful not to let the other see. I snorted and Coen took that as his cue to drag me away from the scene. I didn’t bother telling him that I could walk just fine on my own—he already knew that. He just wanted to carry me, and I wasn’t going to complain at being able to feel the warmth of his muscled body all along the front of mine. I covertly brushed my hands along his massive shoulders, a tiny sound of appreciation leaving my throat. He was a perfect specimen. All of them were. They each seemed to have been made from the same flawless mould. Specimens One-through-Five, but that was where the similarities ended. The Trickery Abil had used to give himself and Adeline their perfect children hadn’t been able to form their personalities or gifts, only the genetic transference of their features, builds, and general colouring. That made sense, since the Abcurses had been gifted to Adeline by Staviti and Staviti had already proven himself to be incapable of controlling the nature of his creations. Pica was a perfect example with her propensity to love everything but her complete inability to love Staviti in the way that he had designed her for. Each of my guys was far too rebellious for Staviti to have had a hand in their nature. Coen slowed, coming to a stop at the beginning of a forest. I blinked, twisting around to check that I was seeing things properly … but yes, an entire forest had appeared overnight on Pica’s platform. “Holy bullsen balls,” I croaked out. “This wasn’t here a sun-cycle ago.” “Crazy-pants has been working on it for the past five rotations,” Coen admitted with a chuckle. “Why am I not surprised that you didn’t even notice?”