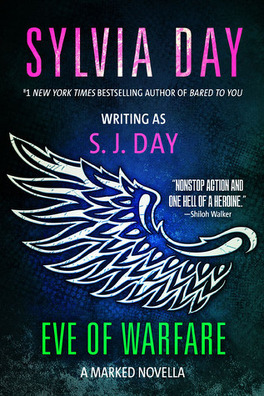 Lycans, vampires, and cherubs... oh my.

All Evangeline Hollis wants is to stay out of trouble long enough to lose the Mark of Cain, which drafted her into hunting demons for God. A former agnostic, she's still recovering from being the latest point of contention between the two men in her life--Cain and Abel. Now she's working for a cherub who thinks putting her undercover as a housewife is the best way to rout out a rogue vampire hiding in an idyllic Orange County, California residential community.

Eve knows when she's being used as a pawn in the celestial political game. Now, she just has to figure out who's the greater threat: the vampire she's hunting, the cherub yanking her chain, or the two brothers vying to play the role of her spouse--'til death do them part. Which in her line of work, could happen any minute...