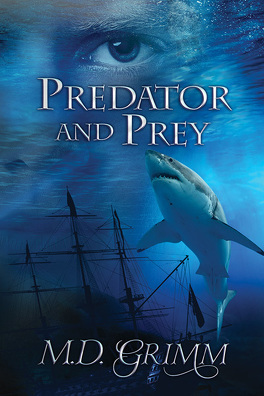 Vietnam War vet turned deep-sea treasure hunter Digger Sullivan scratches out a living, and this new commission is just another job—albeit an exciting one—off the Florida coast in 1977. But while exploring the area, Digger and his crew encounter a lot more sharks than they expected.

Reef and his shark shifter clan are charged with protecting a vital, magical secret—two of four scrolls that, when brought together, could annihilate shifters across the world. But Reef can’t keep his head in the game around this intriguing diver, and it’s not long before Digger takes one of the scrolls topside. Reef now has two missions: seduce Digger and recapture the scroll. Despite his attraction to Digger, Reef’s priority must be reclaiming the scroll.

But when Reef’s true identity is exposed, Digger is scared and appalled and rejects him. Yet Digger might change his mind when his crew is captured by the very person who commissioned them, and Reef and his shark clan are the only things standing between them and death.