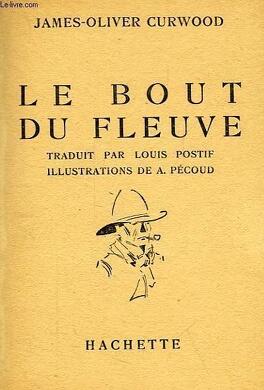 Between Conniston, of His Majesty's Royal Northwest Mounted Police, and Keith, the outlaw, there was a striking physical and facial resemblance. Both had observed it, of course. It gave them a sort of confidence in each other. Between them it hovered in a subtle and unanalyzed presence that was constantly suggesting to Conniston a line of action that would have made him a traitor to his oath of duty. For nearly a month he had crushed down the whispered temptings of this thing between them. He represented the law. He was the law. For twenty-seven months he had followed Keith, and always there had been in his mind that parting injunction of the splendid service of which he was a part-"Don't come back until you get your man, dead or alive." Otherwise- A racking cough split in upon his thoughts. He sat up on the edge of the cot, and at the gasping cry of pain that came with the red stain of blood on his lips Keith went to him and with a strong arm supported his shoulders. He said nothing, and after a moment Conniston wiped the stain away and laughed softly, even before the shadow of pain had faded from his eyes. One of his hands rested on a wrist that still bore the ring-mark of a handcuff. The sight of it brought him back to grim reality. After all, fate was playing whimsically as well as tragically with their destinies.