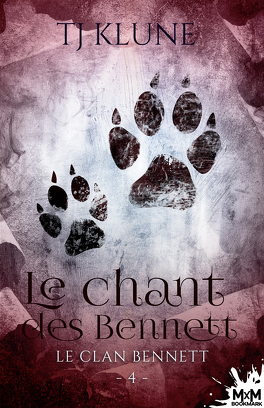 My father was there.

Sometimes, he was a wolf. White with black on his chest and back.

Other times, he was a man, a breakable man who watched me with knowing eyes.

When I opened my eyes again, he was further away from me, standing on the other side of the clearing.

I ran toward him.

I only made it half-way before I smashed into an unseen barrier. My breath was knocked from my chest as my nose broke and blood poured down onto my lips. I swallowed it down, relishing in the taste as my father watched.

“Tethers,” he said. “It all comes back to tethers.”

I screamed for him. I begged him to save me, to love me, to choose me.

And he looked away.

I smashed my hands against the barrier, knowing my eyes were Omega violet. I didn’t care. All that mattered was he’d known this could happen, he’d known what his former witch was capable of, and even though he was nothing but a ghost made of swirling motes of dust, I wanted to wrap my hands around his throat and choke the life out of him.

He said, “You are more than this.”

I said, “It was always Joe, wasn’t it? He was your favorite. We were your firstborn, but when Joe came, nothing else mattered.”

He said, “You can beat this. Remember who you are.”

I said, “Pack pack pack. You put the pack above everything else. Pack and Joe. Pack and Joe. Mom didn’t want it. Gordo didn’t want you to leave him behind. Mark didn’t want to be taken from his mate. And then there was Ox. He was a child. He didn’t know what you were asking of him, what you made him into. How could you do that to him? How could you let it happen? His mother died because of you. Because of your war. How could you look him in the eyes? How could you even breathe knowing what you’d done? You’re a monster. A beast. You’re no better than Richard Collins. Or Elijah. Or Robert Livingstone. When Joe was taken, you moved heaven and earth to get to him. But where are you now? Why aren’t you here to save me?”

Il me lança un regard noir.