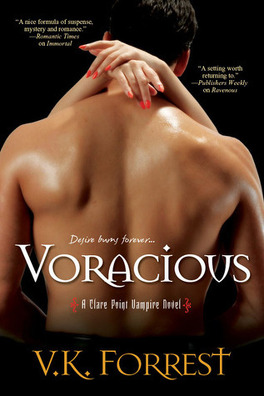 After months spent eliminating some of the world's most ruthless criminals, Aedan Brigid is on sabbatical in Clare Point. Instead of relief, he feels on edge. Part of it is due to Dallas York, the gorgeous blonde bar owner whose touch just sparked an intense, inexplicable connection. But there's another reason too. A local woman has been brutally attacked, her face and body carved beyond recognition. And one glance tells Aedan whose grisly handiwork it is.

Centuries ago, Aedan lost his beloved to a depraved monster nicknamed Jay. Now Jay is back, more vicious than ever. Aedan is already breaking clan rules by getting involved with Dallas--even if her mysterious gift sets her apart from other humans. And soon, he'll have to decide whether he'll turn away from the only life he's known to protect a love he thought he'd never feel again. . .