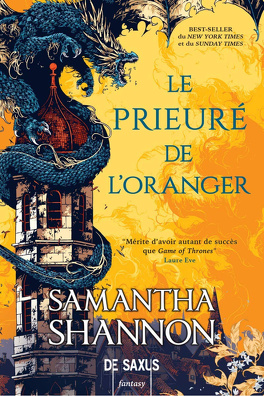 « Long ago, when they had first emerged from the waves, the dragons of the Sundance Sea had agreed among themselves to befriend the children of the flesh, whose fires they had seen on a nearby beach. They had brought them gifts of golden fish to show their good intent – but the islanders, suspicious and afraid, threw spears at the dragons, and they disappeared sadly to the depths of the sea, not to be seen again for years.

One young woman, however, had witnessed the coming of the dragons and mourned their absence. Every day she would wander into the great forest and sing of her sorrow for the beautiful creatures that had come to the island for such a brief time. In the story, she had no name, like too many women in stories of old. She was only Snow-Walking Maiden.

One bitter morning, Snow-Walking Maiden came across a wounded bird in a stream. She mended its wing and fed it with drops of milk. After a year in her care, the bird grew strong, and she carried it to the cliffs to let it fly away.

That was when the bird had transformed into Kwiriki, the Great Elder, who had been wounded at sea and taken a new form to escape. Snow-Walking Maiden was filled with joy, and so was the great Kwiriki, for he knew now that the children of the flesh had good in them.

To thank Snow-Walking Maiden for caring for him, the great Kwiriki carved her a throne out of his own horn, which was called the Rainbow Throne, and made her a handsome consort, Night-Dancing Prince, out of sea foam. Snow-Walking Maiden became the first Empress Of Seiiki, and she flew over the island with the great Kwiriki, teaching the people to love the dragons and harm them nor more. Her bloodline had ruled Seiiki until they had perished in the Great Sorrow, and the First Warlord has taken up arms to avenge them. »

'She did not die needlessly', Tané said, her gaze blank. 'With her dying breath, she restored the joy of a dragon and, in doing so, restored the world. Is there a more honourable thing to do with a life ?'

He was in a nightmare. The bestiaries, the stories of old, had come to life in Yscalin.