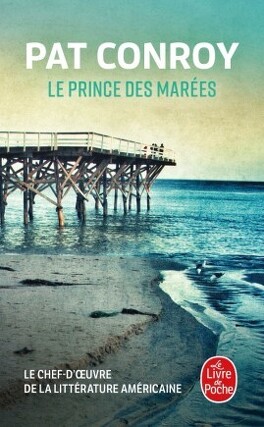 Tom Wingo has lost his job, and is on the verge of losing his marriage, when he learns that his twin sister, Savannah, has attempted suicide again. At the behest of Savannah’s psychiatrist, Dr. Susan Lowenstein, Tom reluctantly leaves his home in South Carolina to travel to New York City and aid in his sister’s therapy.

As Tom’s relationship with Susan deepens, he reveals to her the turbulent history of the Wingo family, and exposes the truth behind the fateful day that changed their lives forever.

All Wingos share one heritage ... shrimp fishing, poverty and the searing memory of a single terrifying event - the source of Tom Wingo's self-hatred and of his sister Savannah's suicidal despair.

To save himself and Savannah, Tom confronts the past with the help of New York psychologist Susan Lowenstein.

As Tom and Susan unravel the bitter history of his troubled childhood, in episodes of grotesque humour, poignant lyricism and shattering violence, the door opens vividly onto a world peopled by a cast of colourful, eccentric and unforgettable characters.

Set in New York City and the lowcountry of South Carolina, the novel opens when Tom, a high school football coach whose marriage and career are crumbling, flies from South Carolina to New York after learning of his twin sister's suicide attempt. Savannah is one of the most gifted poets of her generation, and both the cadenced beauty of her art and the jumbled cries of her illness are clues to the too-long-hidden story of her wounded family. In the paneled offices and luxurious restaurants of New York City, Tom and Susan Lowenstein, Savannah's psychiatrist, unravel a history of violence, abandonment, commitment, and love. And Tom realizes that trying to save his sister is perhaps his last chance to save himself. With passion and a rare gift of language, the author moves from present to past, tracing the amazing history of the Wingos from World War II through the final days of the war in Vietnam and into the 1980s, drawing a rich range of characters: the lovable, crazy Mr. Fruit, who for decades has wordlessly directed traffic at the same intersection in the southern town of Colleton; Reese Newbury, the ruthless, patrician land speculator who threatens the Wingos' only secure worldly possession, Melrose Island; Herbert Woodruff, Susan Lowenstein's husband, a world-famous violinist; Tolitha Wingo, Savannah's mentor and eccentric grandmother, the first real feminist in the Wingo family.