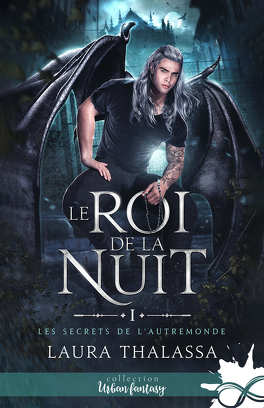 And the mountains may rise and fall, and the sun might wither away, and the sea may claim the land and swallow the sky. But you will always be mine. And the stars might fall from the heavens, and night might cloak the earth, but until darkness dies, I will always be yours.

"From flames to ashes, dawn to dusk, for the rest of our lives, be mine always, Desmond Flynn."

People like us are not victims. We’re someone’s nightmare.

I eye him as he passes, noticing the lion tail that swishes behind him.

Do all of Fauna’s fairies share aspects with beasts?

The guard slows, flashing me a cold look. “Don’t stare at me, slave.”

I’m so fucking sick of this world already.

That snaps me out of it.

“What?” He can’t be alive. The fear that thrums through my veins is a living, breathing thing.

“It will cost you probably more than you’re willing to offer, but I can still revive him.”

Revive him? What is this dude smoking?

Des clasps my cheeks. “And mountains may rise and fall, and the sun might wither away, and the sea claim the land and swallow the sky. But you will always be mine.” He runs his knuckles over my cheekbone. “And the stars might fall from the heavens, and night might cloak the earth, but until darkness dies, I will always be yours.”

“One final wish.” My voice is harder than I imagined. More resolute.

He bows his head. “Don’t, Callie,” he says, almost begging me.

His one weakness—a bargain. He can’t seem to help himself when it comes to granting me favors.

I don’t know what comes over me, what strange compulsion pushes me to say words that I have no right saying to the Bargainer. I only know that my very world has come to a standstill, and if I do nothing, it will fall off its axis.

I close my eyes, and words from an old book flow from my lips. “From flame to ashes, dawn to dusk, for the rest of our lives, be mine always, Desmond

Hell couldn’t give me a more wicked man;

heaven couldn’t give me a more perfect moment.

“WHOSE CHILDREN DOES the royal nursery take care of?” I ask as we make our way through the palace once more, on our way to that very nursery. It seems strange to me that these peculiar kids, as

Gaelia put it, are right inside the castle, in the very heart of the kingdom.

Des clasps his hands behind his back. “The nursery takes care of children orphaned by warrior parents—our way of honoring their final sacrifice—

children of nobility working in the palace, and of course, any children of the royal family—including mine.”

Why had I never considered the possibility Des might have children?

A warrior king like him? He’d have no shortage of women … it’s possible.

Desmond peers over at me. “Does that bother you?”

I shake my head, not meeting his gaze, even as my stomach twists.

I can feel his eyes on me.

“Truth:” he says, “how would you feel if I told you I had children?”

The moment the question leaves his lips, his magic closes around my windpipe.

I clutch my throat, glaring at him. “Some warning would be nice,” I rasp out.

My windpipe constricts. Not the response it wants.

I feel the magic drag the words out, much like my magic dragged answers out of Gaelia.

God am I glad we’re the only two people walking down this particular hallway. It’s embarrassing enough to admit this to Des without having any additional audience.

The magic doesn’t let up.

I grit my teeth together, but it doesn’t stop the answer from slipping out. “Because I’m a horrible person.”

“B-because,” I try again, “I don’t want anyone else to share that experience with you.”

You’ve got to be kidding me. The magic’s a noose around my neck.

“Because that’s an experience I’d like to share with you,” I rush to say. Immediately, my cheeks flush.

The magic eases up, but just barely.

Des’s eyes soften. “You’d want to have my child?”

“Not anymore,” I wheeze.

But even now the magic senses I lie. It squeezes my windpipes, choking me.

All at once the magic releases me, and I know several beads have just disappeared without even looking.

I don’t give a flying fuck.

“We will be returning to this conversation, cherub,” he promises.