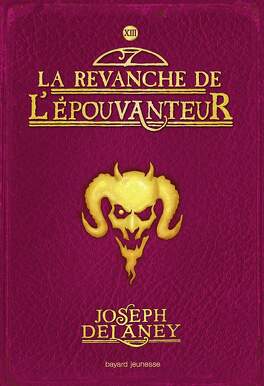 'A great battle awaits us, the odds against us overwhelming, and the price of defeat is terrible. All my life has led up to this point.'

Halloween is approaching. The supporters of the Fiend are gathering. And just when Thomas Ward and his allies need to stand together, they are fatally divided by the terrible choices they must make.

Tom is tasked with completing a ritual so barbaric it makes him question his own humanity. Alice plans to complete a spell so dangerous it could turn her to the dark for good. And the Spook is about to discover just how many secrets his best apprentice has been keeping from him for all these years . . .

Time has run out. The Fiend is rising. Can Tom complete the task for which he was born?

The final chilling volume of the Wardstone Chronicles.