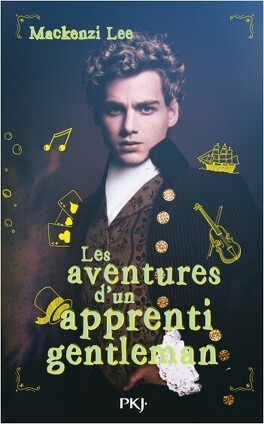 “We're not courting trouble," I say. "Flirting with it, at most.”

We are not broken things, neither of us. We are cracked pottery mended with laquer and flakes of gold, whole as we are, complete unto each other. Complete and worthy and so very loved.

I love you, but I don’t know how to help you. I still don’t! I’m an emotional delinquent and I say wrong things all the time, but I want to be better for you. I promise that. It doesn’t matter to me that you’re ill and it doesn’t matter if I have to give up everything, because you’re worth it. You’re worth it all because you are magnificent, you are. Magnificent and gorgeous and brilliant and kind and good and I just . . . love you, Percy. I love you so damn much.

It’s a dramatic sight, crumbling and half sunk into the sea.” His pipe knocks into his ring with a clatter that sets my teeth on edge. “We took a boat out, though they only let you get so close—”

“Well, doesn’t that just sound like the most fun thing I can imagine,” I interrupt, louder than I mean to though I don’t retreat from it.

“I beg your pardon?”

“Sitting in a boat and watching an island sink slowly into the sea,” I say. “What a thrill. Perhaps while we’re a thousand miles from home, we’ll also take in an eyeful of tea boiling”.

It occurs to me then that perhaps getting my little sister drunk and explaining why I screw boys is not the most responsible move on my part. I almost snatch the bottle back, though it feels rather hypocritical to take a stand for sobriety; So instead I say, "I wish I could be better for you." She looks over at me, and I duck m head, shame sinking its teeth in. "I'm older and I know I'm supposed to be...an example, I don't know. At least someone you're not embarrassed of."

"You're right, you don't. But you're getting better. And that isn't nothing."