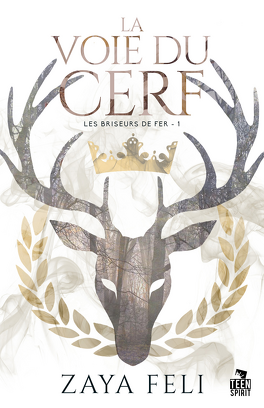 “Bullshit,” Ren said, staring him down. “Who are you really?”

Anik paused and laughed, the sound muffled by all the bread he had stuffed in his mouth. He swallowed. “What, you think I must be some secret, powerful warrior prince of a mysterious, faraway nation for me to be able to beat you at sticks?” Anik smiled mockingly and shook his head, washing down the bread with water. “Maybe you should consider that you’re just too far up your own ass to want to believe you just got it handed to you by a simple farm boy.”

“He finds flaws in every part of me. My skills, my fighting style, my personality, my opinions. Even my flaws have flaws, apparently.”

Thais coughed into the palm of his hand and the sound made Ren look over his shoulder like a cat about to be caught with its paw in the milk. Little shit.

“I just saw some Skarlan guards unload a slave into the castle dungeon,” Thais said. “He wore more chains than a raging bull. He looked like a Lowlander. He had their tattoos all over his arm. I asked the guards who he was, but they wouldn’t tell me, not even when I told them I was a prince.” Thais puckered his lips in a bemused expression. “They were very rude. I want to know why they’ve brought him here.”

Ren narrowed his eyes. “And you want me to go and ask him what he’s doing here? Why are you so interested in a Lowlander? They’re dangerous – you should mind your own business.”

Thais just shrugged. “If you don’t do it, I’ll tell Father on you.”

“Fine,” Ren said, eager to get Thais to stop bothering him so he could escape his precarious hiding place behind the pillar.