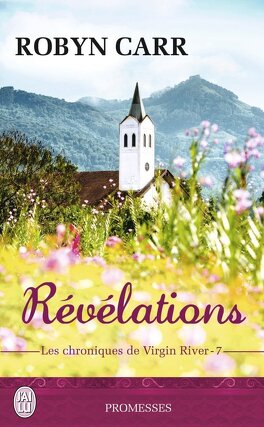 Recently ordained minister Noah Kincaid was surfing the Internet, killing time, when quite by chance, he happened to find a church being auctioned on eBay—in some little place he’d never heard of—Virgin River. He laughed at the very idea, but was intrigued. He’d been waiting patiently for an assignment to a church of his own and thought it couldn’t hurt to take a look at the place himself. If nothing else, it would be a good excuse to get out of town for a day and see something different. He’d heard Northern California was very beautiful.

The first thing that struck him was the overwhelming beauty of the mountains, redwoods and rivers. The town was a little washed out and the church was a wreck, but there was a peacefulness and simplicity there he couldn’t dismiss. Or forget. It seemed uncomplicated, fresh.

No one really noticed him in the little town; the local men he’d seen either had hair shorn in military fashion or ponytails and beards, just like the fishermen Noah had worked with over the years. He fit right in—he wore scuffed boots, his jeans were almost white with wear, ripped here and there, his denim shirt was thin on the elbows and frayed around the collar and cuffs. His black hair was too long and curled over his collar; he planned to get it cut the second he was assigned a church of his own. But for now, he fit right in, looking like any other laborer after a hard day’s work. He was fit and toned like the local Virgin River men; years of working on a fishing boat and dockside, dragging nets, hauling in tons of fresh catch will do that.