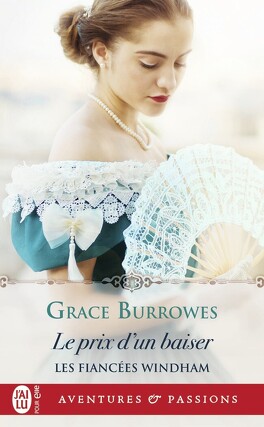 “Have I been at the modiste’s long enough?” Esther, Her Grace of Moreland asked her spouse.

Percival, Duke of Moreland, consulted his pocket watch. “By my calculations, you’ve only just arrived there, and I’ve barely opened the newspaper at my club. Do we approve of Sherbourne or not, my love?”

The Welsh upstart had come striding along the walk, handsome as love’s young dream, but sadly lacking in flowers, French chocolates, or proper taste in waistcoats. Percival and his duchess had seen Mr. Sherbourne on their doorstep—the ducal suite afforded an optimal spying perspective—and modified their plans accordingly.

Her Grace took a sip of chocolate. She was a surpassingly lovely blonde of mature years, her proportions those of a goddess, her social power greater than the sovereign’s. At present, she was barefoot and tucked next to Percival on their cuddling couch.

“We give Sherbourne a chance, Moreland. I thought Elizabeth and Charlotte would have each other for company, but then Haverford stole a march on us, and there’s Charlotte.”

“The last of the regiment,” Percival said. “Most soldiers would rather perish defending the colors than be taken prisoner.”

Her Grace kissed his cheek, a half-amused, half-exasperated sort of kiss. After more than thirty years of marriage, Percival was a proficient interpreter of his wife’s kisses.

“Marriage is not a military campaign, sir. What flag is Charlotte defending? She’s a dependent female approaching spinsterhood. Her future might include a modest household of her own, if her papa can be talked into it. For the most part, she’ll be a traveling auntie if she remains unmarried. Her sisters and cousins will think they’re being kind, inviting her all over the realm, but Charlotte will be confronted over and over with Windhams in love.”

Percival delighted in the state of his family, when they weren’t driving him daft. “But Sherbourne? His dearest aspiration is to pile up coin to flaunt at his betters.” Percival approved of a man improving his station through hard work, ambition, and good fortune, but Sherbourne was…

Running around in public wearing waistcoats that should have blinded the tailors who’d created them.

“What does it say about me, Esther, that I’ve begun to think exactly like my father?”

“Your father was a wonderful man who knew a love match when he saw one. We give Sherbourne a chance—Haverford spoke well of him—but twenty minutes with Charlotte is as much chance as any proper gentleman should need to leave a good impression.”

Charlotte could leave a bad impression in less than thirty seconds, unfortunately.

Esther toed on her slippers, a pair of gold house mules lavishly adorned with silk flowers.

She patted his lapel. “You simply want to intimidate poor Sherbourne, but you forget, he’s been neighbor to Haverford for years. A duke will not overawe him, not even the Duke of Moreland.”

“You have it all backward, Esther. I feel it my duty as a gentleman to rescue the poor sod if Charlotte has taken him into disfavor.”

“Gracious. I hadn’t thought of that.”

The duchess invariably moved with perfect dignity, and yet, she beat Percival to the door.