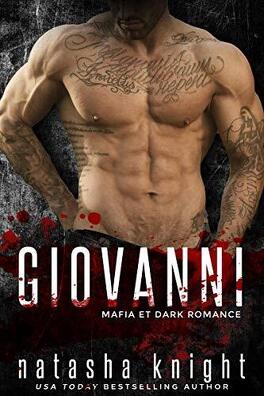 I can sleep. It’s strange, but I can always sleep. I learned it on that grimy basement floor four years ago.

The past has a way of creeping up on you.

I don’t know if mine will ever be finished with me. I thought it would. I thought it had. I thought the night I crawled out of that window and away from that house, that I had beat it. That I had somehow survived.

But the thing with surviving is you have to keep doing it. Every. Single. Day. You never beat the thing that breaks you, not really. It owns you. It’s always with you, no matter what. It becomes a part of you. Like skin. Like broken skin.

The night Giovanni Santa Maria stalked into my life, I knew it was happening again. My life on repeat. The past reappearing.

Sunshine. That’s what he calls me.

I’m anything but, though.

He’s a powerful man. A ruthless one. One more dangerous than any I’ve battled before. But I will battle. It’s in my nature.

Just as it’s in his to win.

He’ll take my body. He already has.

But I fucked up and he saw inside my soul, and now, he wants that too.

He likes to watch me. Likes to pull me apart and see the damage inside. I know men like him. They like the chase. They want you to run. To fight. It gets them off.

He’s wrong if he thinks he can break me, though. I’m already broken and the thing with survivors is we have nothing to lose.

And I’ll give him the fight of his life before I let him steal my soul.