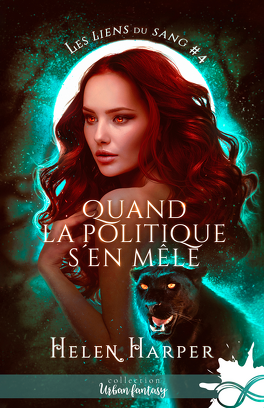 “I need to get back to London as soon as possible. Can you run?”

His eyes widened. “To London? Isn’t that kind of far?”

I patted him on the shoulder, trying to avoid appearing patronising. It was hard. “No, you prat. The car park. Come on.”

“Hey,” he answered lazily. “I don’t know who you are, dude. How’d you get this number?”

“Given that my anatomy doesn’t work that way, I guess not great.

When I reached him, he groaned again, but didn’t get up. I kicked his feet.

“Hey, butthead, was that wholly necessary?”

He muttered something inaudible. I leaned over him. “What was that?”

Outstanding. Now he had a concussion and was bloody hallucinating. “We’re in a wood, not a stripper joint in Soho. Don’t see any naked women around here, Aubrey. I think maybe you’ve hit your head.”

He sat up and stared at me through the gloom. “Didn’t.”

“They used to be blood red.”

I was confused. “The mages?”

“My nails. Not surface blood red, but the shade of deep arterial gorgeousness.” There was a wistful edge to his voice that made my stomach turn.

Mrs. Alcoon found her voice. “Well, this simply will not do, Mr Slim. It will not do at all.”

Uh oh. I watched the older woman warily. Maybe she wasn’t going to cope with being confronted by a flying purple gargoyle with a penchant for old books quite as well as I’d thought. She lifted a single finger in his direction.

“Do not move,” she stated firmly, then disappeared underneath the counter and began rummaging around in something, before standing back up and brandishing a flowery yellow headscarf. Mrs. Alcoon held it up in front of her face and squinted sideways at Slim. “Yes, this will suit nicely, I think.”

Slim’s eyes narrowed suspiciously. I watched, thoroughly amused, as she carefully picked her way around the boxes until she was directly in front of him. Then she reached out around his waist and, in one swift motion, tied the scarf around his middle, knotting it at the side and hiding his naked nether regions.

“What the feck are you doing?” screeched Slim, short arms scrabbling down to his side trying to snatch off the offending piece of fabric.

“Mr. Slim,” Mrs. Alcoon began in a patient voice, “Mackenzie and I are most grateful to have your assistance and we do hope that you convey that thought to your March-Mage. However, flying around here with your bits hanging out all day long simply will not do.” She fixed him with a beaming smile. “It’s simply too distracting. I’m sure you understand.” She patted him on the shoulder. “Now, can I get you some tea perhaps?”