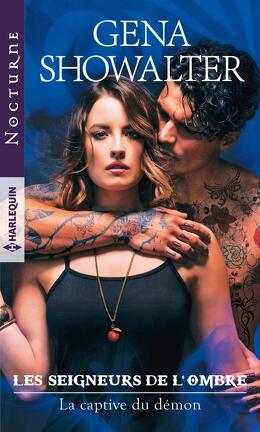 Surprise danced hand in hand with her own ever-present sorrow. How did he know she’d passed through the Paring Rod without experiencing death?

He attempted to mask his excitement with a faux aura of boredom. “I’ll buy the body from you. What would you like in exchange? The daggers? You’ll never find a better made pair.”

“I know. Because I made them,” she grated.

He flinched, the tears coming faster. “You want them, you have to buy them. I must recoup my losses, considering your friend charged me an arm and a leg. My servant won’t regrow the limbs for another month, which means I have to do all the heavy lifting myself.”

Her friend? The only person she’d spoken to was— She hissed at Rathbone. “You stole my stuff?”

The mangy feline who’d escorted her into town prowled around her ankles. “Meow?”

Cameo bent down to grab him by the scruff, but he darted out of range. “You left me defenseless, you miserable excuse for a cat. I had to fight with sticks. Sticks! I will not pay your escort fee.” Wait. That sounded wrong. “I owe you nothing for your aid.” Not that the prick had aided her.

As a woman who’d been created fully formed by a king who’d demanded her service—Kill for me or be killed by me—she’d encountered many perverted immortals. Rathbone had to be the worst.

“You.” Staring at the blisters now marring her hands, the vendor stumbled backward. “You’re the one. You harmed the sky serpents.”

Gasps of dismay erupted from the crowd, buyers and other vendors moving to form a wall around her.

As she scanned the masses, confused, Misery cackled with glee. Ten out of ten people agree. You’re a horrible person, and the world will be a better place without you.

Depression oozed over her like boiling tar, adhering to her soul. A sensation manufactured by the demon. He wanted to control her.

The click-clack of horse hooves hit her awareness, a welcome distraction. The crowd parted down the center, revealing an army of scowling soldiers.

Everyone knelt and pointed at her. Accusing voices rang out.

Cameo lifted her chin and squared her shoulders. “You don’t want to fight me. I’m a highly respected friend of your king.” At least, she hoped they’d parted as friends. “Also, if you attack me, I will kill you.”

Finding Lazarus had become her reason for breathing. Basically, he was the equivalent of an organ donor. If he shed light on specific memories Misery had stolen, he would give her a new heart.

The warriors flinched as if they’d been punched. Scowls gave way to tear-glazed eyes and trembling lips. From the crowd, a chorus of sobs rang out.

Only one soldier rode closer to her. Fading sunlight shone at his back and bathed his face in shadows.

When he stopped to dismount a rare Pegasus—a winged warhorse—those shadows vanished, and bolts of electricity arced through her.

He was utterly magnificent, the most beautiful male she’d ever seen. He radiated raw masculinity and sexual arrogance.

His mass of jet-black hair spiked in wind-blown tangles. His eyes were dark, fathomless, with tiny pinpricks of light. Like stars! His features could have been chiseled from stone. He had a proud, blade-sharp nose, prominent cheekbones and a strong jaw darkened by stubble. His unnatural but oh, so delicious height was perfectly balanced by an abundance of muscle and sinew.

Unease prickled at the back of her neck.

His gaze raked over her, slowly, almost brutally, devouring her. As if she were a last meal and his only means of salvation. She shivered even as her blood heated.

Misery hissed and kicked at her skull. Run! Run now!

Afraid, demon? What an interesting development.

Did the man possess power over evil? Or over Cameo specifically? Could he be the one she sought?

Better question: Did she want him to be?

“At last.” Ferocious tension and undiluted aggression radiated from him, making the most feminine parts of her soften. “We meet again.”

Another shiver, courtesy of his voice. The husky timbre was as carnal as the rest of him. She licked her lips. “Again?”

Unlike the leopard, the vendor, and everyone around them, the brute merely arched a brow at the sound of her voice. “Are you going to pretend we’re strangers?”

“I wish I were pretending.” Her heart fluttered, and her knees trembled. “Who are you?”

His study of her intensified, his dark eyes mesmerizing her so thoroughly she almost missed the phantom fingers brushing across her mind. Almost. She recognized the sensation and frowned. Was he attempting to read her thoughts?

Anger sparked. Must protect my secrets.

The few times she’d encountered an immortal with such an intrusive and dangerous ability, she’d slayed first and asked questions later.

With a concentrated effort, she gave a mental push. The second he was out, she erected a mental shield.

“You truly don’t remember me.” Steps clipped, he closed the distance…and oh, wow, he smelled good. Like expensive champagne and honey-glazed chocolate.

She grew light-headed. When he cupped her face with big, callused hands and forced her gaze upon his, the sensation worsened, the simple touch searing her.

Confirmation shook her to the bone. She waited for a spark of recognition, prayed for it, but her mind remained a dark abyss of sadness, sorrow and…arousal? Her nipples puckered, her belly quavered and warmth pooled between her legs.

Misery killed the wanton feelings in a hurry, leaving her bereft.

Satisfaction teased Lazarus’s features…and Cameo. “Your body remembers me, at least,” he said.

Electric currents charged through her, sizzling in her marrow.

This time Misery flooded her with a boiling ooze of depression, and her shoulders slumped.

A crone? Her hands fisted. The need to find Lazarus had plagued her, a sickness…a fever…and all along he’d thought the worst of her. “You’re a bastard, I see.”

Gasps and wails rose from the crowd.

Sunshine? Her? She nearly choked. “I’m only using you for your brain. Tell me about our time together.” Please!

“Answer a question for me first.”

She gave a clipped nod.

“What would you do if a man kissed you? Asking for a friend.”

He dared to tease her, and she dared to like it. Desire suddenly overshadowed her curiosity. Does he want to kiss me?

Before Cameo had returned to this realm in search of Lazarus, her friend Anya had said, “We don’t chase men, we erase.

Fine, you can make this one the exception. Just remember to hide your beef. Why buy the cow when you can steal it and eat for free?”

Cameo had replied, “You mean, why buy the pig when you’re only going to get a little sausage?”

“Your hands,” Lazarus said, drawing her back into the present. Eyes narrowed, body stiff as a board, he clasped her wrists and lifted her hands into the light to study her multitude of blisters. “You fought the sky serpents.”

She jerked from his grip. “I protected myself from becoming an all-you-can-eat dinner buffet, if that’s what you mean.”

Those dark eyes narrowed further. “I vowed to make the person who injured my pets pay a terrible price.”

His pets? “You may try.” He would soon learn she could take a licking and keep on ticking.

A new chorus of gasps and wails rose from the crowd.

Misery gave her skull another kick. A sharp pain lanced her temple.

Lazarus angled his body, his muscles bunching under his shirt. His eyelids hooded over irises blazing with savage heat, his ferocity sharpening into a double-edged sword. He was almost…intimidating. Scratch that. He was intimidating. Only a true warrior could pull off mesh and leather.

“Sunshine, I know what you sound like, look and feel like when you’re experiencing the ultimate pleasure.”

Her breath caught, steaming up in her lungs. Her bones softened, and her knees wobbled. Not just pleasure—he’d said ultimate pleasure.

He was lying. He had to be lying. No one had ever given her the slightest bit of pleasure.

Misery had wiped her memory of the first orgasm she hadn’t faked.

The thought destroyed her. Such a loss would be a violation, a rape of her mind.

Lazarus’s angry countenance returned in a blink. “What are you doing here, Cameo? Why did you return to the land of the dead?”

Whatever had transpired between them, whatever pleasure she had experienced, the end had clearly been tumultuous.

Should have stayed in Budapest with my friends.

As she backed away from him, Misery lapped up her dismay and whispered conversations drifted from the crowd.

“I bet he kills her…with pleasure.”

It was a softly spoken command, and yet the crowd dispersed in seconds, tables and wares abandoned without question. Soldiers and horses trotted away.

Lazarus was king, his word law and his power unquestioned. He was a god among men. Did he know about Misery? she wondered again. He must, considering he’d read a portion of her mind. Did he want her dead, the way Alex had?

She’d never blamed Alex for his betrayal of her. No, she’d blamed fear.

When she’d escaped the Hunters, she’d gone back to Alex and, while on her knees in supplication, her body bloody and broken, she’d told him about the box. He’d dropped his sword, joined her on the floor, and wrapped his arms around her. She thought he’d begun to understand.

Evil such as yours has to be extinguished, he’d said. Then he’d shouted for the Hunters again. Only then had she accepted the truth. Misery had infected him, and Cameo was to blame.

As she’d fought her way free a second time, a Hunter had stepped forward and said, Come with us willingly or Alexander dies.

Even now, guilt prodded her, her sense of misery no longer manufactured by the demon. I am no man’s prize.

No, you are every man’s downfall, Misery said.

She took another step back, her bruised heel landing on a sharp rock. She winced.

Lazarus’s gaze dropped to her feet, a scowl pulling at the corners of his mouth. “Your feet. Your feet are bloody. You’ve been hurt.”

The word hurt on his lips was a vile curse. A promise of violence.

“The doing of sky serpents?” he demanded.

Would he punish his pets if it were? “Blame the trek here, and the piece of shit shape-shifter who stole my shoes.”

He ran his tongue over his teeth. Planning to harm Rathbone?

Why did he care who did what to her when he clearly hated her?

“Harsh words, darling. Harsh.” Rathbone appeared in the distance, prowling around a table. “And after I saved you from a tragic end.”

Liar! “I saved myself.” She waved a fist at him.

The leopard tsk-tsked, as if she were too stupid to know the difference between salvation and danger.

Lazarus curled a hand around the hilt of a dagger.

Rathbone began to backtrack. “You’re clearly in the middle of your lady time. Both of you. I’ll return later.” In a blink, he was gone.

Cameo envied the ability to flash. Get what you want, and go. “You asked me a question,” she said to Lazarus. “Now I’ll answer. I’m here because I want answers. I want to know everything that happened between us.”

Silent, he bent at the knees and gently but firmly pushed his shoulder into her stomach.

He straightened, lifting her, ensuring she remained draped over him.

She was too stunned to protest. The fearsome keeper of Misery was being carted like a sack of potatoes? This was happening? Truly?

“What are we doing now?” she asked, curious but not frightened.

A pause. Then, “We’re picking up where we left off.”

As he spoke, a butterfly with wings of scarlet landed on the table with her daggers, and she groaned. Here was another sign of impending doom.

Her relationship with Lazarus wasn’t going to end well, was it?