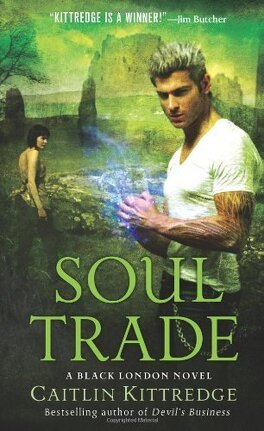 The crow-mage Jack Winter returns —to crash a secret gathering of ghost hunters, soul stealers, and other uninvited guests, both dead and alive… Normally, Pete Caldecott stays far away from magical secret societies. But ever since her partner and boyfriend Jack Winter stopped a primordial demon from ripping into our world, every ghost, demon, and mage in London has been wide awake—and hungry. And the magical society in question needs their help putting things right.

It all begins with an invitation. Five pale figures surround Pete in the cemetery to “cordially” invite her to a gathering of the Prometheus Club. Pete’s never heard of them, but Jack has—and he’s not thrilled about it. Especially the part that says, “Attend or die.” The Prometheans wouldn’t come to London unless something big’s about to go down. So Pete and Jack decide to play it safe and make nice with the club—even if that means facing down an army of demons in the process. But now that they’ve joined the group, they’re about to discover that membership comes at a cost…and has apocalyptic consequences.