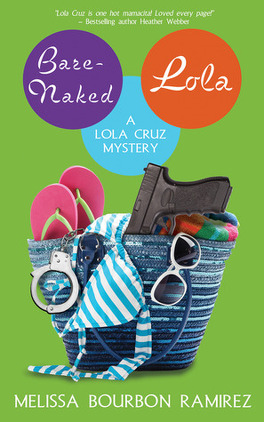 Going undercover is second nature for Private Investigator Lola Cruz, but she’s out of her league when the case of a murdered Royals Courtside Dancer leads her to a local nudist resort. Parading around the sidelines of Sacramento’s professional basketball scene in a barely-there cheerleading outfit is one thing—but parading around in nothing but a smile?

If she has any chance of hiding this from her traditional family and on-again/off-again boyfriend Jack, she’s going to have to keep a lot more than her duct tape bra and killer dance moves under wraps…