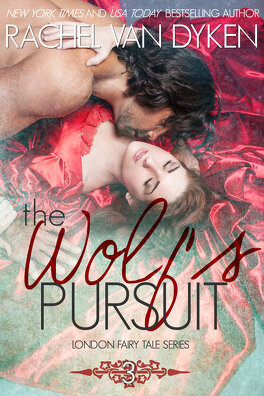 What happens when one is both Hunter and Wolf?

You know it’s going to be a bad day when you get shot at—twice. Hunter Wolfsbane, Duke of Haverstone, also known as “Wolf” is having exactly one of those days. Things take a turn for the worse when he’s notified that he’ll be acquiring a partner for his newest mission. The rub? He’s kissed her---twice. In his defense, she was already ruined, but it didn’t help matters that she was the sister-in-law to his best friend in the world.

And how does a woman protect her heart from one who has the power to destroy every-thing she holds dear?

Lady Gwendolyn has only one thing on her mind--Finding the Wolf and strangling him where he stands. Unfortunately, she needs him to complete one final mission for the Crown and to keep her family safe. It has absolutely nothing to do with her attraction to him, or his golden eyes, or his wicked smile, or the fact that he’s convinced to keep his heart encased in ice—that is, if he still possesses one.