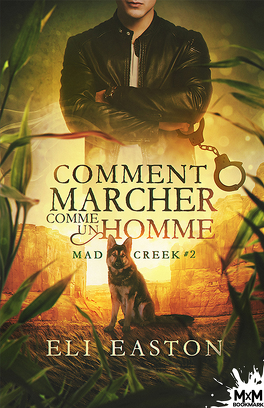 On the other end of the call, there was a coughing/choking sound. "Well … congratulations ?" Lance said at last.

"I had sex last night. With a person. With Matt."

"It was good. It was really good."

"But I have a question about it."

Lance's voice got tight. "I really think Tim is a better person for you to talk to about this subject."

There was silence from the other end of the line, then a sigh. "Okay, Roman. Go ahead."

"When you and Tim have sex, are you the one who mounts him ?"

There was an odd sound from the other end. Roman realized it was the grinding of teeth. "Usually. Yes."

"Because when we had sex, Matt wanted me to mount him. And I don't know what that means. Does it mean I'm the alpha in the relationship ? If so, what are my responsibilities ? I don't want to … I don't want to do something wrong or stupid or … make a mistake."

Lance sighed. "It's not like that with humans, Roman. Someone can, er, take the bottom position in, um, sex, but not necessarily anywhere else. It doesn't mean you're the boss. You can even, um, switch around. It's just about what you feel like doing at the time."

That surprised Roman. "You can switch ? Do you switch around ? Does Tim sometimes mount you ?"

"Hey, look at that ! It's a pen. On my desk. For writing work things down. And numbers. I should really get back to work and write things down." Lance's voice was stretched tight enough to snap.

Was he embarrassed to admit that Tim sometimes mounted him ? Was that a thing to be ashamed of ? But Matt didn't seem ashamed about it when he'd been mounted. Roman was still so confused. "So … should I let Matt mount me if he wants to or not ?" he asked, desperate to know. He didn't want to screw things up with Matt, and if there was one place he'd repeatedly screwed things up, it was in understanding human expectations.