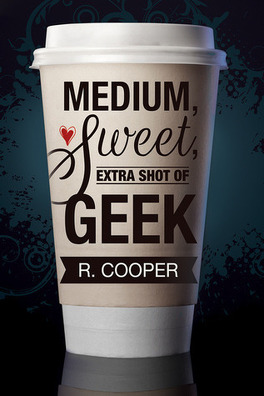 Former soldier Octavio “Tavio” Reyes works as a barista, a favorite with the customers—especially Tommy O’Shaughnessy. An avowed geek, Tommy comes in daily to flirt, usually under the guise of Trekkie talk. Tavio hesitates; now that he's out of the army, he’s not sure how out he should be, or whether to take his chances on a geek devoted to sci-fi and comic books. But when Tommy compares him to an unemotional Vulcan, Tavio finally considers dating an out-and-proud nerd. Then Tommy surprises him again and introduces him to his daughter, whom Tommy loves even more than Star Trek or Tavio. Now Tavio has a whole new decision to make: Is he ready to romance a family man?