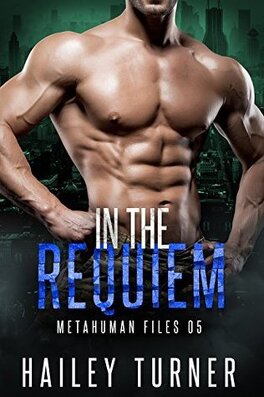 Métahumains, Tome 5 : In the Requiem

Kyle didn’t pause in finishing off his second beer. When the glass was empty, he set it on the bar counter and waved at the bartender for another, flashing two fingers to cover Alexei’s next round as well.

Kyle gave him a look that plainly stated he thought Alexei was dumb as shit. “<<The entire team bet on when you two would get engaged.>>”

Alexei rested his elbows on the bar counter and smirked. “<<Right. What did you have down?>>”

“<<Yeah, but my first choice was Valentine’s Day because you’re a romantic son of a bitch, so you’ll understand why I had to make a second bet.>>”

Alexei’s smirk faded a bit, but he refused to feel sad about why Kyle had to change his bet. Things between Alexei and Sean had been a lot better since their emotional breakthrough in February. Some days, Alexei forgot Boston even happened.

Kyle lashed out cat-quick and smacked his fist against Alexei’s shoulder. “<<Shut the fuck up. You haven’t asked him yet. Do you even have a ring?>>”