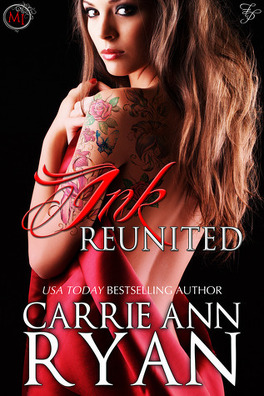 From the streets of New Orleans and the heat of Midnight Ink, comes the happy ever after for a character whose story was begged to be told.

Sassy Bordeaux is the Midnight Ink receptionist, honorary godmother, best friend to many, and matchmaker expert. In the past two months, she's watched eight couples fall in love, make mistakes, and find their happy endings. Though she might have had hand in each of those, she's yet to find the peace she's desired. When the men from her past come into Midnight Ink, she's forced to face what she left behind and what could happen if she lets go of her pain and finds a future she deserves.

Rafe Chavez and Ian Steele remember their time with Sassy like it was yesterday, yet have worked hard to move on. Or at least try to. Now they're both back in New Orleans for the woman they loved and for the connection they shared with each other. It will take more than the usual groveling, pleading and begging for these three to overcome their history, but once they take that step, the streets of New Orleans will never be the same.

“So, should I get a butterfly on my butt or a cobra on my hip?”

Sassy Bordeaux grinned at the just-turned-eighteen years old high school senior, and tapped her finger with a deliciously apple-red colored nail on her chin. The numerous bangles that adorned her wrists, covering yet still showing peeks of some of the tattoos she had on her forearms, jingled together with the movement. The sound mixed in with the echoes of motorized needles, laughter, music, and chatting within the shop.

The girl in front of her might have been eighteen, but she still had the baby face of a girl still growing. Normally, Sassy wouldn’t have stepped in and told anyone that they weren’t ready for a tattoo, but today she needed to step in.

Oh, who the hell was she kidding?

Sassy always stepped in and told it like it was. There was no use lying only to make a few bucks for the shop while the client ended up leaving with ink they really didn’t want—or ink that didn’t fit who they were—merely who they thought they should be.

She might have been the Midnight Ink receptionist and while most people on the outside thought her job was to make coffee and appointments, she and the crew knew better. She was the first line of defense for the artists’ work and the clients’ canvas.

It was a job she took seriously.

Even if she seemed like the crazy lady from the streets of New Orleans most days. That misperception by others led her to freedom.

Even Sassy underestimated herself sometimes.

Okay, totally the wrong direction for her thoughts.

Pushing away memories she’d rather not think about ever again, she placed her hand on top of the girl’s hand and shook her head.

“Honey, is this really what you want?” she asked, lowering her voice, already smooth as honey, to a near-whisper.