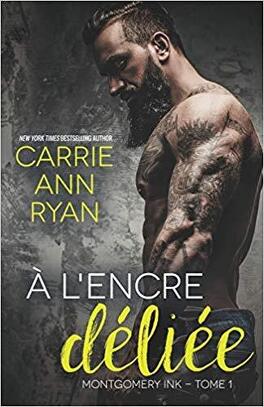 “If you don’t turn that fucking music down, I’m going to ram this tattoo gun up a place no one on this earth should ever see.”

Austin Montgomery lifted the needle from his client’s arm so he could hold back a rough chuckle. He let his foot slide off the pedal so he could keep his composure. Dear Lord, his sister Maya clearly needed more coffee in her life.

Or for someone to turn down the fucking music in the shop.

“You’re not even working, Maya. Let me have my tunes,” Sloane, another artist, mumbled under his breath. Yeah, he didn’t yell it. Didn’t need to. No one wanted to yell at Austin’s sister. The man might be as big as a house and made of pure muscle, but no one messed with Maya.

Not if they wanted to live.

“I’m sketching, you dumbass,” Maya sniped, even though the smile in her eyes belied her wrath. His sister loved Sloane like a brother. Not that she didn’t have enough brothers and sisters to begin with, but the Montgomerys always had their arms open for strays and spares.

Austin rolled his eyes at the pair’s antics and stood up from his stool, his body aching from being bent over for too long. He refrained from saying that aloud as Maya and Sloane would have a joke for that. He usually preferred to have the other person in bed—or in the kitchen, office, doorway, etc—bent over, but that wasn’t where he would allow his mind to go. As it was, he was too damn old to be sitting in that position for too long, but he wanted to get this sleeve done for his customer.

“Hold on a sec, Rick,” he said to the man in the chair. “Want juice or anything? I’m going to stretch my legs and make sure Maya doesn’t kill Sloane.” He winked as he said it, just in case his client didn’t get the joke.

People could be so touchy when siblings threatened each other with bodily harm even while they smiled as they said it.