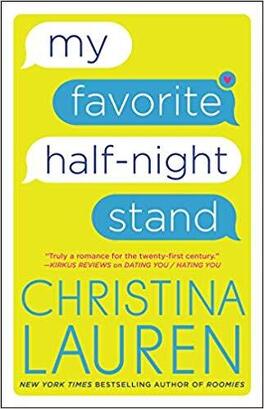 Millie Morris has always been one of the guys. A UC Santa Barbara professor, she’s a female-serial-killer expert who’s quick with a deflection joke and terrible at getting personal. And she, just like her four best guy friends and fellow professors, is perma-single.

So when a routine university function turns into a black tie gala, Mille and her circle make a pact that they’ll join an online dating service to find plus-ones for the event. There’s only one hitch: after making the pact, Millie and one of the guys, Reid Campbell, secretly spend the sexiest half-night of their lives together, but mutually decide the friendship would be better off strictly platonic.

But online dating isn’t for the faint of heart. While the guys are inundated with quality matches and potential dates, Millie’s first profile attempt garners nothing but dick pics and creepers. Enter “Catherine”—Millie’s fictional profile persona, in whose make-believe shoes she can be more vulnerable than she’s ever been in person. Soon “Catherine” and Reid strike up a digital pen-pal-ship...but Millie can’t resist temptation in real life, either. Soon, Millie will have to face her worst fear—intimacy—or risk losing her best friend, forever.