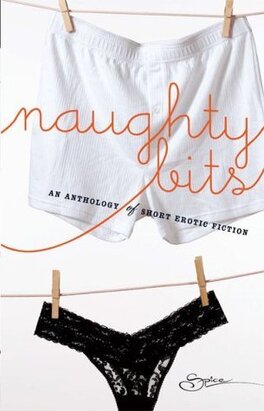 THE INVITATION (Lucy Danes) : A woman and her lover engage in roleplaying in the woods.

INVITE ME IN (Delilah Devlin) : A succubus spends a hot night of passion with a vampire and maybe something more....

SOUL STRANGERS (Eden Bradley) : She has come to Veracruz to heal. As the warm water of the Gulf envelops her, the ocean surges, swells, carresses her tender flesh. Suddenly he is standing there--a tanned, muscular stranger, beautiful and masculine, his smile brilliant and warm. She smiles back and he moves toward her. Soon, they touch, fondle, explore one another as the sensuous sea seduces them both. And as the sun descends, they discover new heights of passion and pleasure. Few words are spoken, no names are exchanged...yet for both of them, nothing will ever again be the same.

GILT & MIDNIGHT (Megan Hart) : Word of Miracula is unique beauty is known far throughout the land. But when a dark fairie curses her with Desire, it is news of her insatiable lust that attracts dozens would-be suitors to her door, as one by one they attempt to break the curse by bringing her utter fulfillment.

NO APOLOGIES (Tracy Wolf) : Obsession. Annalise knew the word, but for the first time in her life, she was experiencing the reality. She couldn't get enough of Gabe. The more he satisfied her hunger, the more that hunger grew. She'd never felt anything like this for anyone--never allowed herself to. But now Annalise, queen of the love 'em and leave 'em crowd, was on the verge of falling head over heels in love--and she didn't like it one bit. The problem was, the more she tried to maintain her control, the more she ignited Gabe's fury...and the hotter the sex became.

ANYTHING YOU WANT (Jenesi Ash) : When the mirror over her bed comes crashing down from the ceiling, she knows it's been tampered with. Juggling three lovers--giving them anything they wanted and setting the price--had given her a sense of power. But now one of them is trying to kill her--only, which one? In order to unearth the culprit she devises a plan of seduction to trick the guilty party into giving himself away...

THE QUEEN'S TALE (Grace D'Otare) : To inspire their love-play, Maeve weaves this intoxicating, erotic bedtime tale for her husband. Queen Philomena's love-life has been prescribed by duty. Hardly more than a child when she married the aged king, the young widow yearns to experience the ways of love in one singular night of passion before entering another loveless marriage of state. Sent to the Queen's chamber to "amuse" Her Majesty, Dante is handsome, fascinating...and much too insolent. At first, Philomena is determined to assert her control, but as the night progresses, she discovers pleasures she'd never imagined and surrenders to ecstasy.

LETTING GO (Sarah McCarty) : Marc and Becky leave real life behind for a remote cabin in the woods—no work, no pets, and no distractions. All they've got to pass the time is a roaring fire, their hottest fantasies and a box of naughty toys designed to please… But their time away is about more than a little fun in bed. They've devoted this trip to obliterating all inhibitions between them…if Becky can learn to stop holding back and just let go.

COME BACK TO ME (Kimberly Kaye Terry) : As the host of an evening radio talk Sheena thinks she's heard it all. But night after night, when she's alone in the studio, she gets one last caller who offers up the best phone sex she's ever had.

PSYCHIC SEX (Cathleen Ross) : She loves the sense of power being a personal trainer gives her--not to mention the access to a seemingly endless stream of sexy men. But when her latest object of desire doesn't rise to the bait, she's forced to spend the night with a good book--all about astral projection. As she drifts off to sleep, she's shocked to suddenly find herself having the wildest, most satisfying sex of her life--and it all seems so real !

DARK MOON GATHERING (Alison Paige) : As a wolf, she was intoxicated by his scent, his strength and power. As a woman, she was overwhelmed by his passion and his beauty. But as the leader of her werewolf pack in the absence of a surviving alpha male, Mattie Bainbridge was required to select a mate at the next Dark Moon Gathering, and Anthony Ricci was just too risky a choice. Might he follow in his Purist father's footsteps and force his domination upon all the females of her pack? Or would he mate with her alone, and respect the ways of her pack? Anthony was determined to convince Mattie to choose him...and when it came to seduction, he had a limitless bag of tricks.

HOT FOR IT (Jodi Lynn Copeland) : Bosom buddies since childhood, Carinna and Jack have long harbored secret lustful fantasies for one another, but hesitated to act on them for fear of ruining their cherished friendship. When a family tragedy leaves Carinna in need of comfort, she surrenders to temptation and seduces her best friend. Jack's a fireman, and used to putting out blazes, but this is one conflagration he can't quench. As their passions explode with pent-up need, they fearlessly explore their deepest desires with an intimacy they've never realized with any other lover. But once the genie is out of the bottle, how will they ever be able to go back to being just friends ?

THE WELL-TUTORED LOVER (Alice Gaines) : Lily, the notorious dowager Duchess of Millford, is the subject of much gossip in society, and cares not a whit. She lives life on her own terms, and enjoys whatever pleasures she desires. When a handsome young man approaches her one day in her garden, she is intrigued by his beauty. Arthur Chatman has come to her with a most outrageous -- and tempting -- proposition. With little experience in love-making, Arthur asks the Duchess for the benefit of her renowned expertise. Agreeing to teach Arthur how to give pleasure to whichever young virgin will one day become his bride, Lily is only too happy to act both as his tutor and his test subject.