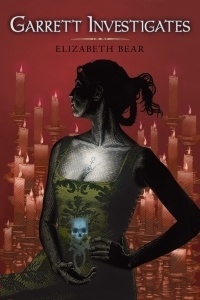 Five stories that comprise some of the matter surrounding the life of Lady Abigail Irene Garrett, Th.D., sometime Crown Investigator. They are previously uncollected. One is new; the others were only previously available as bonus chapbooks with the limited editions of various novellas.

The Tricks of London: London, April 1879

The Body of the Nation: New Netherlands, April 1897