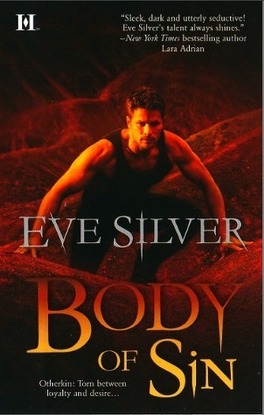 "The ultimate fall from Grace..."Once the favorite son of the Lord of the Underworld, Lokan Krayl held enviable privileges and powers. Powers that led to a devastating betrayal--murder.

Resurrected by his immortal brothers, Lokan is still trapped in purgatory. He has no way to contact his family. He has no answers. In order to find the truth about his death, and who killed him, he must escape his prison. And there's only one way out: through the twelve gates of his eternal enemy, Osiris.

But Lokan has help. Bryn Carr, the woman who duped him once before, is his beautiful yet unwanted guide. She's been sent by his brothers to aid him. She's his last hope. Lokan must place his fate--and that of the mortal and immortal worlds--in the hands of the one woman he can never trust.