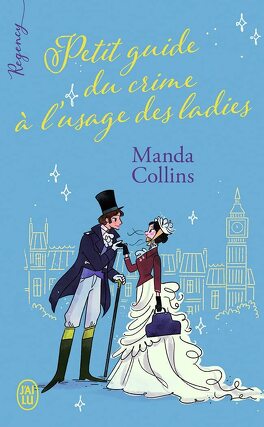 Of all the crime scenes in all the world, she walks into his. Twice.

England, 1865: Notorious newspaper columnist Lady Katherine Bascomb is determined to educate the ladies of London on the nefarious criminals who are praying on the fairer sex. But when her reporting leads to the arrest of an infamous killer, Katherine flees to a country house party to escape her doubts about the case - only to become witness to a murder herself! When the lead detective accuses Katherine of inflaming - rather than informing - the public with her column, she vows to prove him wrong.

Detective Inspector Andrew Eversham's refusal to compromise his investigations nearly cost him his career, and he blames Katherine. When he discovers she's the key witness in a new crime, he's determined to prevent the beautiful widow from once again wreaking havoc on his case. Yet as Katherine proves surprisingly insightful and Andrew impresses Katherine with his lethal competency, both are forced to admit the fire between them is more flirtatious than furious. But to explore the passion between them, they'll need to catch a killer . . .