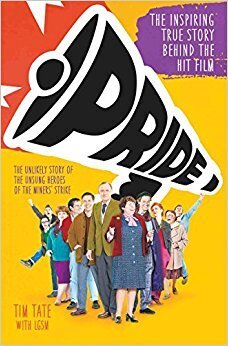 In 1984, a small group of metropolitan homosexual men and lesbian women stepped away from the vibrant culture and hedonism of London's defiant gay scene to befriend and support the beleaguered villages of a very traditional mining community in the remote valleys of South Wales.

They did so in the midst of the 1984 miners' strike - the most bitter and divisive dispute for more than half a century, and in one of the most turbulent periods in modern British history.

In the 1980s Margaret Thatcher's hardcore social and fiscal policies devastated Britain's traditional industries, and at the same time, AIDS began to claim lives across the nation. At the very height of this perfect storm, as the government and police battled 'the enemy within' in communities across the land and newspapers whipped up fear of the gay 'perverts' who were supposedly responsible for inflicting this lethal new pestilence upon the entire population, two groups who ostensibly had nothing in common - miners and homosexuals - unexpectedly made a stand together and forged a lasting friendship.

It was an alliance which helped keep an entire valley clothed and fed during the darkest months of the strike. And it led directly to a long-overdue acceptance by trades unions and the Labour Party that homosexual equality was a cause to be championed.

Pride tells the inspiring true story of how two very different communities - each struggling to overcome its own bitter internal arguments and long-established fault lines, as well as facing the power of a hostile government and press found common cause against overwhelming odds. And how this one simple but unlikely act of friendship would, in time, help change life in Britain - forever.

I feel immensely privileged to have been trusted with the stories of the men and women in LGSM and those of the communities in the neath, Dulais and Upper Swansea Valleys. And I hope that the telling of them may lead to a resurgence of the courage, kindness and solidarity with which of these ostensibly very different communities sustained the other.

Beacause now, more than ever, we need them.