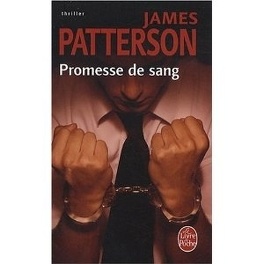 MY NAME IS NICK PELLISANTE, and this is where it started for me, one summer out on Long Island at “the wedding of weddings.” I was watching the bride celebrating at the head of the dance line as it festively wound through the tables. A conga line. I groaned. I hated conga lines.

I should mention that I was watching the scene through high-powered binoculars. I followed as the bride slung her ample, lace-covered rear end in every direction, toppling a glass of red wine, trying to coax some bowling ball of a relative who was scarfing down a plate of stuffed clams up into the procession. Meanwhile, the grinning, affable groom did his Gowanus Expressway best just to hang on.

Lucky couple, I thought, wincing, thinking ten years down the line. Lucky me, to get to watch. All part of the job.

As special agent in charge of section C-10, the FBI’s Organized Crime Unit in New York, I was heading up a stakeout of a wiseguy wedding at the posh South Fork Club in Montauk. Everybody who was anybody was here, assuming you were into wiseguys.

Everybody except for the one man I was really looking for.

The Boss. The Capo di tutti capi. Dominic Cavello. They called him the Electrician because he had started in that trade, pulling off construction scams in New Jersey. The guy was bad, terror-level-red bad. And I had a slew of warrants on him, for murder, extortion, union tampering, and conspiracy to finance narcotics.

Some of my buddies at the Bureau said Cavello was already in Sicily, laughing at us. Another rumor had him in the Dominican Republic at a resort he owned. Others had him in Costa Rica, in the UAE, even in Moscow.

But I had a hunch that he was here, somewhere in this noisy crowd on the South Fork Club’s beautiful back deck. His ego was too large. I’d been tracking him for three years, and I expect he knew it. But nothing, not even the federal government, was going to make Dominic Cavello miss his closest niece’s wedding.

“Cannoli One, this is Cannoli Two,” a voice deadpanned in my earpiece.

It was Special Agent Manny Oliva, whom I’d stationed down on the dunes with Ed Sinclair. Manny grew up in the projects of Newark, then got himself a law degree at Rutgers. He’d been assigned to my C-10 unit straight out of Quantico.

“Anything on the radar, Nick? Nothing but sand and seagulls here.”

“Yeah,” I said, dishing it back, “ziti mostly. A little lasagna with hot sausages, some stuffed shrimp and parmigiana.”

Nicky Smiles. That’s what the guys I was close to in the unit called me. Maybe because I was blessed with a pretty nice grin. More likely it was because I’d grown up with a bunch of these wiseguys in Bay Ridge, and my name ended in a vowel. Plus, I knew more about La Cosa Nostra than just about anyone else in the Bureau, and I was offended by what this scum had done to the reputations of all Italian Americans: my own family, friends of mine who couldn’t have been more law-abiding, and, of course, myself.

So where the hell are you, you sly sonovabitch? You’re here, aren’t you, Cavello? I swept the binoculars along the dance line.

The procession had snaked all the way around the deck by now, past all the juiced-up goombahs in tuxedos with purple shirts and their high-hairdo wives busting through their gowns. The bride sidled up to a table of old-timers, padrones in bolo ties sipping espresso, trading old tales. One or two of the faces looked familiar.

That’s when the bride made her mistake.

She singled out one of the old men, leaned down, and kissed him on the cheek. The balding man was in a wheelchair, hands on his lap. He looked feeble and out of it, as if he were recovering from an illness, maybe a stroke. He had on thick black-rimmed glasses, no eyebrows, like Uncle Junior on The Sopranos.

I stood up and focused the lens on him. I watched her take him by the hands and try to get him up. The guy looked like he couldn’t pee upright, and he could barely wrap his arms around her, never mind get up and dance.

Then my heart slammed to a stop.

You arrogant sonovabitch! You came!

“Tom, Robin, that old geezer with the black glasses. The bride just gave him a kiss.”

“Yeah,” Tom Roach came back. He was inside a van in the parking lot watching pictures sent from cameras planted in the club. “I got him. What’s the problem?”

I took a step closer, zooming in with the lens.